Last week, I happened by chance upon some of the Newsletters, from 2010, when we had just launched Survival Chic (SC) Singapore’s first Lifestyle Membership.

Frankly, I was a appalled. The list was beyond “selective”; it was actually just short… and the variety was decidedly underwhelming.

Comparing this year’s SC Newsletters (sent out to 18,000+ Singapore-based Executives & Expats) the difference was mindboggling. The 30-35 events & invitations per week for our Members went from VIP access to the Singapore Yacht Show, to free Comedy Fringe Festival tickets – from special invitations to the World Gourmet Summit, to an Argentinean wine pairing, from French-Singaporean theatre, to a private launch with a top London tailor. 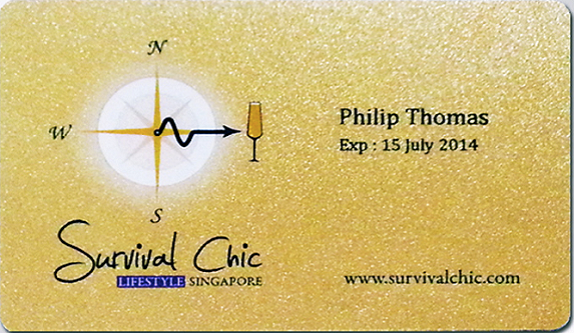 The temptation is to credit SC’s growth for this drastic improvement. The reality, however is that Singapore’s Lifestyle Scene is evolving, with several distinctive trends:

1) A ‘fast & furious’ entry of international players – from Art Stage to Michelin-starred chefs, from Formula One to Yachting giants…

2) A new local interest – and involvement – in arts, culture, F&B, and entertainment.

Without a doubt, the Lion City’s Lifestyle Scene is on the rise. Our challenge at Survival Chic is to keep our Members ahead of the fast-changing curve.

Survival Chic is a 1-year Lifestyle & Dining Membership, that gives Members 30{ee938d54fc7876cbf95a9442c2eaa5c46f2412bf7dbba51f9ba3b6b032944fb2} off at 50 Top Restaurants, and Complimentary & VIP invites, every day. References readily available. Join here with any major credit card (NO need to have a Paypal account). or contact i@survivalchic.com.

Born in Georgia, Virginia Brumby is the director of Survival Chic, Singapore’s first & Premier Lifestyle Membership. She has lived, worked & traveled in 6 different continents (no wineries in Alaska ;)) and has written in prominent publications across Asia. 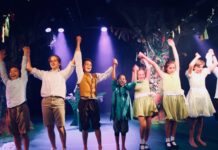 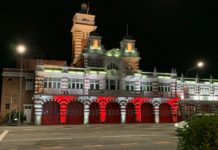 Heritage and Culture: Light Up the City 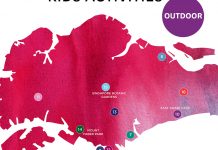 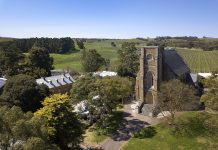