From courts to equipment, Donna Williams covers all the essential points to know.

ANZA Netball runs three sessions on Saturdays. The sessions are 90 minutes. The format for the session is approximately 45 minutes of skills development and 45 minutes of game time – this will vary between age groups. ANZA Netball follows Fun Net guidelines for 5- to 7-year-olds, Netta for 8- to 10-year-olds and standard netball guidelines for our players 11 years and over.

ANZA Netball is extremely fortunate that Tanglin Trust School offer us their facilities for netball – Other areas and school equipment are off-limits. As well as the many netballs provided, each coach also has an equipment bag with bibs, whistles, cones and so on. We ask that netballers and parents help to pack up balls, bibs and all equipment at the end of the session. Please don’t leave all this for the coaches to do.

The first three weeks of the season is typically used to grade the girls so that when it’s time to split the girls into teams for the season, we can try to make them as balanced as possible.

ANZA Rep involves girls trialling for a place to go on tour to Perth from late May to early June 2017. At the time of writing, trials for ANZA Rep takes place from late November to early December. In order for the Rep Program to be up and running this season, ANZA Netball is looking for 2-3 interested coaches and 2-3 interested managers – contact the committee at anzanetball@hotmail.com.

ANZA Netball now has two qualified nurses on site every Saturday. They will be based in the Berrick Hall for all three sessions. To support these two nurses, it is expected that at least one volunteer per team or age group has been organised.

If your child is fundraising for a charity and you’d like to run a cake stand at ANZA Netball, contact the committee at anzanetball@hotmail.com to reserve a Saturday to sell cakes and drinks. Please note that Tanglin Trust School is a peanut-free environment.

Lost property will be placed in the ANZA Equipment cages in the bus bay carpark. Please email us or ask your coach the following Saturday if you would like to check the lost and found box.

Supervision by a parent or responsible adult at all games, and training sessions of ANZA Netball for all children is mandatory. Parents are not permitted to leave their child unattended at any ANZA Netball program. 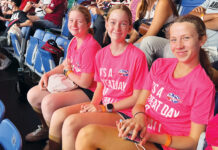 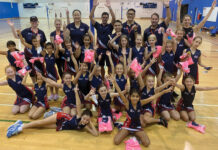 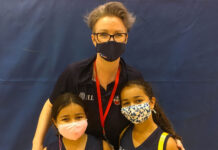 ANZA Netball: Giving back with Billie! 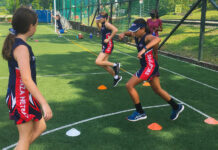