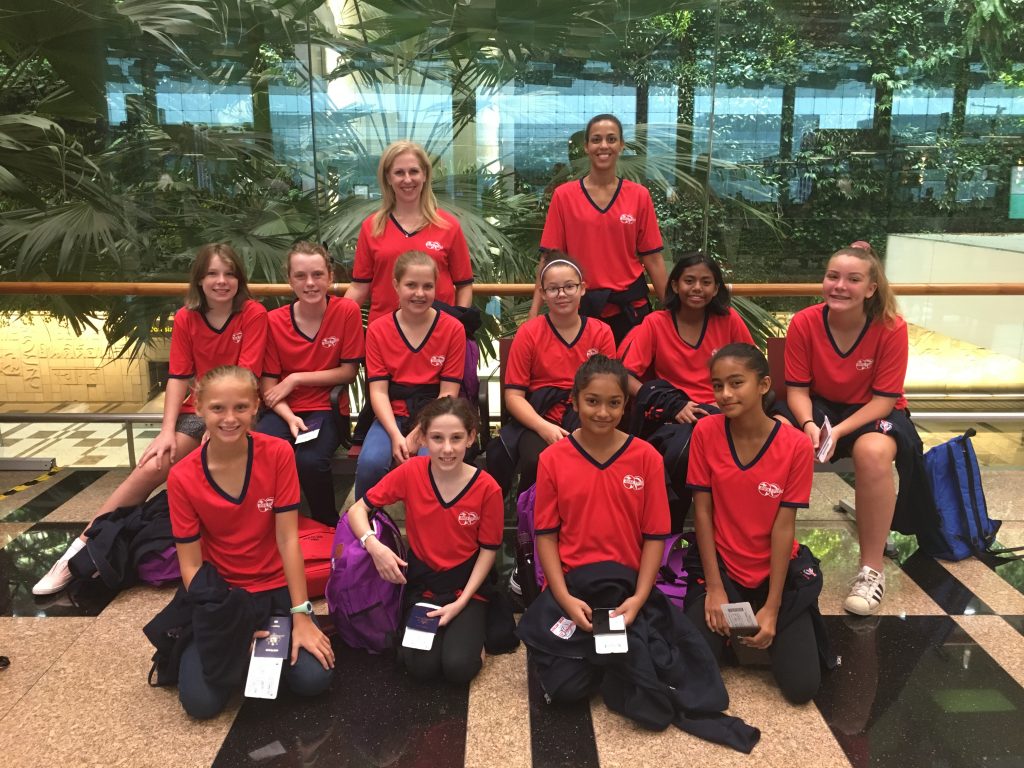 “We met at the airport for the start of our astonishing journey. We were full of energy and enthusiasm for what we knew was coming later, and we hopped on to the plane with excitement. When we reached our destination, the cool Perth air was refreshing, compared to the Singapore heat. On arrival, we drove to our Scarborough hotel, overlooking the beach and ocean. This spot is popular with surfers, although none of the team braved the ocean. It was absolutely magnificent! After some amazing pizzas, we were all absolutely exhausted before the tournament had even started.

The next day was an early 6.30am start! We were so thrilled for the day ahead of us. When we reached the State Netball Centre for the championships, we found our first court and started to warm up in the cold. The 45 outdoor courts were occupied with close to 270 teams from all over Western Australia, as well as a few teams from Singapore participating. There were age groups from U12 upwards, with a range of divisions in each age group. The games were great to play in the crisp open air. We put in our best and went through the rest the day with smiles from ear-to-ear. Although it was cold, we had a tent just for our team and the parents who had accompanied us, and we were well prepared with our personalised ANZA blankets and tracksuits. 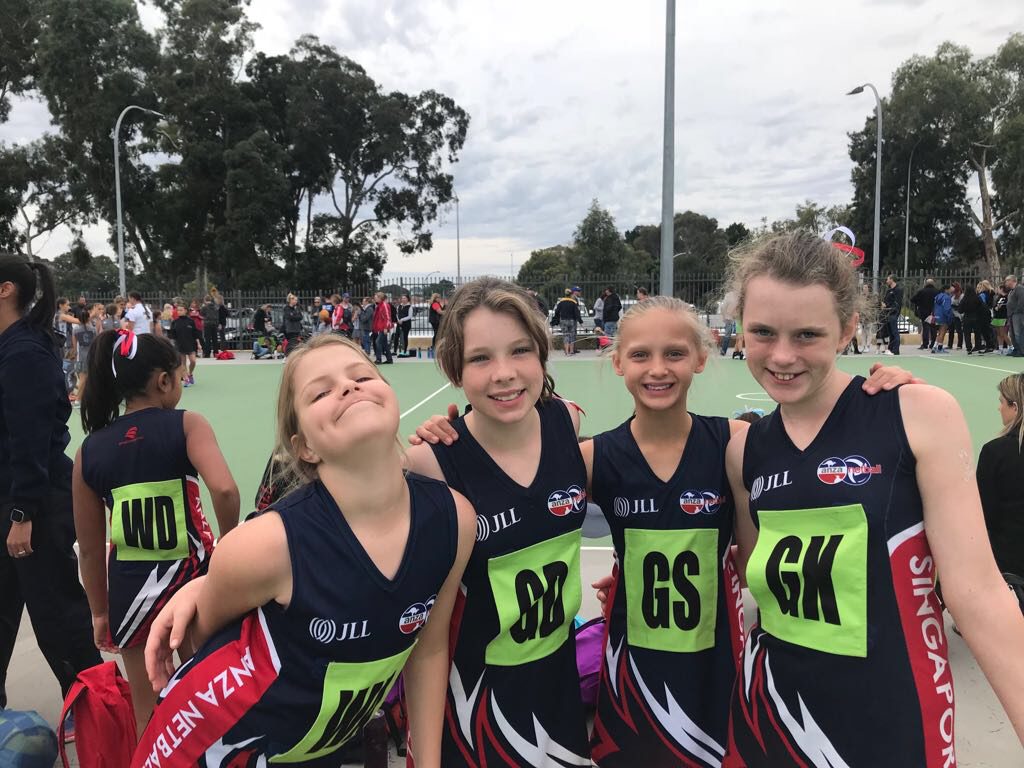 After a quick freshening up later in the evening at the hotel, we went to a restaurant near the Perth Netball Arena. The highlight of the day was when our teammate Zara represented ANZA in the opening ceremony, and we then got to watch a live match between WA Fever and the Sydney Giants. It was a wonderful experience and we danced in our seats in the stadium, along with many other netball teams.

The next day flew by. We played another three tough matches, but as always it was fun. When we got back to the hotel we luckily had some spare time in between the end of the matches and dinner, so we decided to go to the pool. The water was freezing cold, but we still went in and played water polo with a couple of other hotel guests. After this we went to a lovely Thai restaurant, with amazing food bursting with flavour.

On Monday, after our last match, we packed up, and then dined at a riverfront restaurant on the way to the airport. While the four action-packed days in Perth went by so quickly, I loved every single minute of it. From the weekday training sessions leading up to the tour, buying the ‘merch’ and of course one of my biggest achievements of the weekend: my ‘cleanest room’ award I won with my roommate Zara! All jokes aside, I reckon the best part of this whole experience was being able to share it with all my new friends, and sharing every loss, every laugh and even every nap in between matches.

Thank you to Coach Eva, Coach Jocelyn and Team Manager Jo, and all the parents for their time and effort, including the fundraising and organising for this lovely experience. All the team members received various individual awards over our time in Perth, and I would like to finish by quoting Alice who was quite famous for her hilarious acceptance speeches: “I would like to thank my legs for supporting me, my arms for always being by my side, and my fingers because I can always count on them!”

SIGN UP for ANZA Netball’s 2018/19 season, commencing 1 September and your little netballer could experience exciting travel and playing opportunities like this! For more info head to anza.org.sg/sports/netball/ 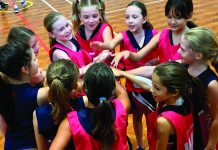 Why We Love ANZA Netball! 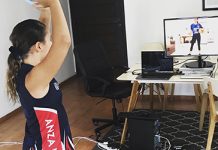 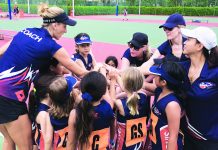