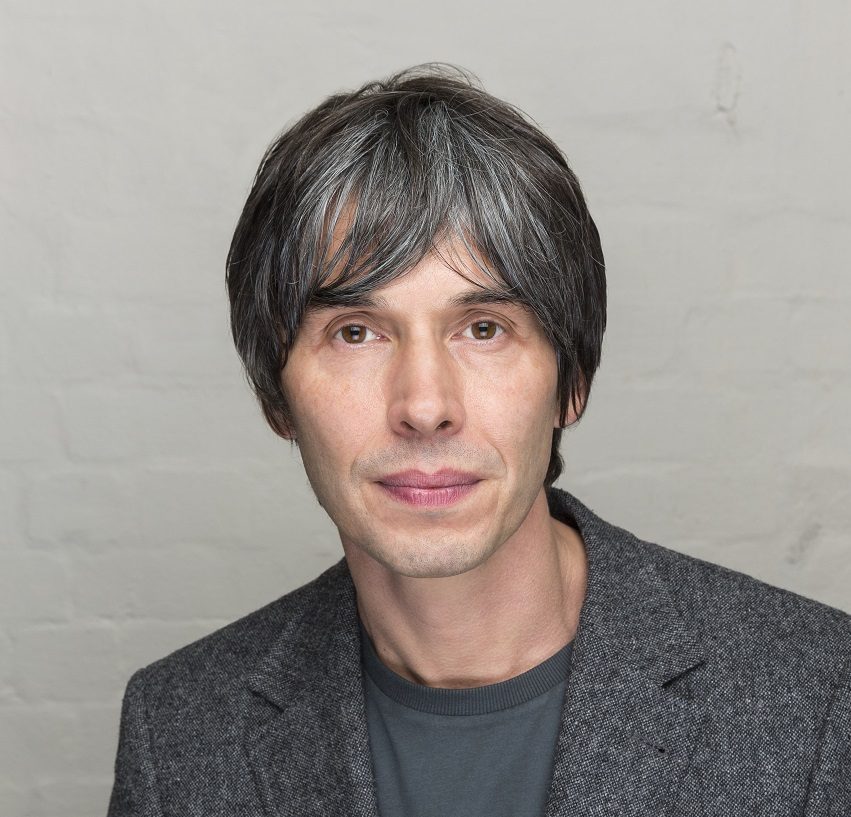 Using state of the art graphics and imagery from telescopes and space probes, and ultra high resolution LED screen technology, Brian will explore the nature of space and time, from the Big Bang to black holes, and the origin and fate of life and intelligence in the Universe. During a promo tour to Singapore, Brian sat down for a one-on-one chat about everything from the potential for alien life, to what it means to be human.

Have you been to Singapore before?
I’ve been to Singapore many times. The first time I came Raffles Hotel was on the seafront. So that must have been some time ago now. I come back quite a lot – I really like it here.

Are you excited to bring your show here?
I did a smaller tour here a few years ago, but I’ve never done one of these big shows. The first set in London and the UK sold out, and they were huge. The biggest one was Birmingham, which was 12,500 people. The centrepiece are the screens, which are high definition, state of the art LED. They’re massive. At full scale they are 30 metres wide.

Did you conceive the show yourself?
Yes, the show was all my idea. What’s wonderful about the live shows is it’s exactly what I want to say, unlike television which is more collaborative, and things tend to be decided by a committee.

What can audiences expect?
One of the incredible things about the show are the high res images of the Universe. The Hubble Space telescope images from Cassini spacecraft around Saturn are high resolution, but you just never see that definition on a computer monitor, where we usually view these images. But we’ve been able to put those images 30 metres wide and they’re so detailed and clear, they look fantastic.

Who have you worked with on the tech side?
About a year ago I started collaborating with a company called DNEG, who worked on the movie, Interstellar – they won the Academy Award for Best Achievement in Visual Effects. They created the black hole in the movie – one of the central images. The great advantages of doing these huge shows around the world, is you can spend the money on graphics. It’s been a real highlight for me to work with them.

Is this show for kids and adults?
It really does cross generations. Families like to come to the show, and we even had someone attend on their 98th birthday. We get a lot of 9 to 11-year-olds as well. That’s the challenge, to get the rhythm right. We get a lot of science fans, so I do talk about general relativity in some detail, but there’s such a broad range of ages. A 90-year span in some audiences!

What questions do you raise during the show?
Cosmology (a branch of astronomy that involves the origin and evolution of the universe) is a terrifying science in the deepest sense of the word, and it raises a lot of questions. I get asked a lot about the large-scale structure of the universe – but people are interested in much more human questions, too. For example, what does it mean to be human? What does it mean to be so small, fragile and such a temporary presence in such a vast and possibly infinite universe? I try to talk about that.
Virtually the only interesting question I think is what it means to live a finite and small life in an infinite universe. I think everything comes down to that actually – all of art and philosophy and theology.

Do you tackle the meaning of life?
The show starts with quotes from some of my favourite scientists – one of them is from American physicist Richard Feynman – he wrote an essay called The Value of Science, in which he asks the question; ‘what is the meaning of it all?’ That doesn’t sound like a question that falls within the domain of science but what science does is provide a framework which you need if you’re going to begin to answer these big questions. You need to know where we are, and when we are, how we came to be here.

Is there intelligent life in our galaxy?
From a biological perspective it’s quite unlikely. My guess is microbes may well be all over the place, but not necessarily complex life.

Do you think there was ever life on Mars?
I would expect life got going on Mars because the conditions were the same (as Earth) four billion years ago. But the transition from simple life, to complex life is much trickier.

Do people come away from your show with unanswered questions?
That’s the idea – Richard Feynman’s answer to ‘what is the meaning of it all?’ is first to admit you don’t know. He says that’s the most valuable thing science teaches us. There’s a great line where he says, ‘scientists have a very great experience in doubt.’

What are your passions outside science?
I have an interest in wine and the counter balance to that is I like to exercise a lot. My boxing trainer comes with me on the tour as kind of part assistant, part boxing trainer. I love to keep fit. It’s about finding a happy medium.

What’s next?
I also love music – I’m doing a project later in the year, A Symphonic Universe with the Melbourne Symphony Orchestra, playing the Austrian composer Gustav Mahler’s music, against cosmology.