With the WTA Finals tennis tournament coming this month, Gerard Ward finds out more about the organiser’s deep roots as a fan of the game. 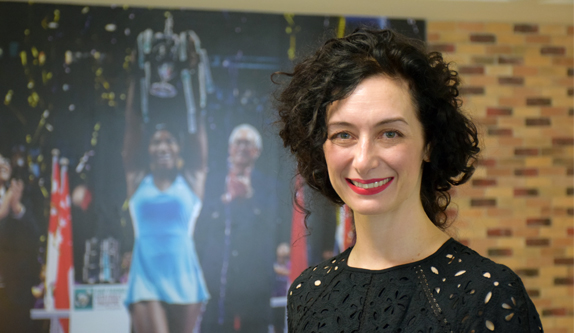 From the racquet to the runway and back again, Lagardère Sports’ VP of Tennis in Asia Sarah Clements has been instrumental in putting together some amazing events. With the BNP Paribas Women’s Tennis Association (WTA) Finals Singapore tournament at the end of the month, Sarah has been hard at work finalising as many pieces of the event as possible. ‘Actually it sounds a bit sacrilegious, but I don’t get the chance to actually sit down and watch,’ Sarah says when I ask about her recent trip to Wimbledon. ‘At a tournament, it’s hard not to bump into somebody you know every ten metres, so you don’t get much rest.’

The WTA Finals is a week-long round-robin tournament event where the best in women’s singles and doubles in tennis come together – meaning every match is the equivalent of a Grand Slam. ‘Everyone can have the chance to see the top eight players in the world over two particular days,’ Sarah says. ‘This is a really unique format because no matter what day you buy a ticket for, you’re guaranteed to see the best tennis in the world.’

While tickets for the event have been available for months, it’s impossible to predict who the top eight players will be until closer to the event – Serena Williams was slated to play at the WTA Finals, but injuries led her to pull out. Angelique Kerber and Agnieszka Radwanska have secured the first two singles qualifications. Martina Hingis and Sania Mirza have also been confirmed as the first of eight doubles teams to qualify.

Part of the WTA Finals is the Future Stars programme, bringing some of the best regional players together to play a tennis tournament in the same arena as the world’s champions. ‘As a parent it tugs the heartstrings, because most of these girls would never in their lifetime get the opportunity that we’re able to provide, and you just see their faces and…it’s really heartwarming,’ Sarah says.

Sarah has been involved with tennis all of her life, both personally and professionally. Born in Surrey, England, Sarah was whisked off with her family to Africa when she was only ten days old. From Zambia, Botswana and Malawi, her three siblings and parents lived an expatriate life. ‘My earliest memories of tennis were in Malawi, going down to the Blantyre Sports Club and really being there all weekend,’ Sarah says.

In the early 80’s the family moved to Australia, deciding to visit each city first by bus – starting from Perth – to decide where to live. ‘Of course we get to Melbourne, and after something like five or so days on the bus across the Nullarbor, we’re like…we’re not getting back on that bus,’ she reminisces.

After the move to Melbourne, Sarah was playing tennis every single day, rain or shine – and knowing Melbourne, it was more the latter. ‘I remember those freezing cold mornings in North Ringwood, freezing, in the middle of winter,’ she says. ‘I have absolutely no skill in it, but absolutely loved it. They say tennis is a sport for life, which is so true.’

Her career began right after exams in Vogue Magazine, starting in an admin role. Eventually she reached editorial, then to advertising – getting to learn all sides of the business. After four years, she left her role to try out a job at the tennis centre – a job she would’ve missed out on if it weren’t for her persistence.

Not knowing what the job was – ‘from a cleaner to the president’ – she talked her way into an interview, nabbing an admin role and over the course of 19 years, was General Manager for Operations and Events for Tennis Australia. ‘I’m one of those kids who lines up with my mum 100 people-deep to buy tickets every year,’ she says. ‘And my role was mostly focused on the Australian Open, and the delivery of the Australian Open.’ 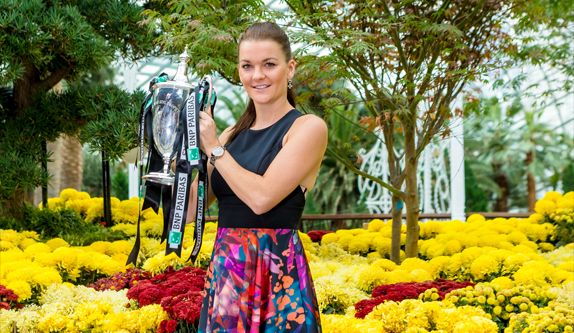 She left her life in tennis to go back into fashion, this time working for the Melbourne Fashion Festival. As she says herself, ‘tennis is a sport for life’, and like watching a tennis ball in a Wimbledon match, Sarah went back into tennis four years later when she was approached by Lagardère Sports to head up the tennis division. ‘At the Australian Open you have 700 players, all converging on Melbourne, and it’s just this juggernaut that you roll out and it’s incredibly successful,’ Sarah says. ‘But I loved the idea of having such a unique proposition that really suited the Singapore market. I mean the Singaporean market is quite intolerant of mediocrity, and rightly so.’

Singapore’s interest in sports has rekindled since the SEA Games last year, and the investment of the Singapore Sports Hub. With Singapore winning its first gold medal at the Rio Olympics, there’s even more interest in seeing what possibilities lie for sports. Big events like the Formula 1 Singapore Grand Prix have been getting the most attention, but bringing tournaments like the Rugby Sevens and the Premier League Asia Trophy has given the country great opportunities to see some of the world’s best athletes.

The WTA Finals has been held at cities all over the world, from Dubai to Los Angeles. This is Singapore’s third year, with Sarah at the helm. Taking the job was a great way to not only give Sarah’s two sons the chance to have the kind of nomadic life she lived as a kid, but to take up another challenge. ‘[This event] has to be the best of the best to work in this market, and the WTA Finals is the best of the best,’ she says. The first day is Family Day, with a ton of activities and entertainment for all. The rest of the tournament is a fantastic way to see some of the best players in the world. 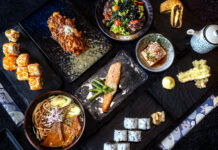 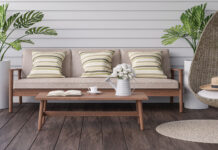