ANZA Soccer – information re external leagues we participate in

ANZA Soccer Competition Teams represent ANZA Soccer in the JSSL Singapore National Youth Leagues, playing on average three out of four Sundays (Division 1) or every second Sunday (Division 2 and below). The JSSL League 2022 Season 1 starts on 11th of September. Season 1 runs from September to November 2022 and Season 2 from January to May 2023.

For B10 – B16 the top teams in each age group have been invited to play in the inaugural Youth Champions League 2022/23 instead, organised by Lion City Sailors.

B16 ANZA Socceroos will participate in the U16 Youth Champions League.

B13 will be playing a play-off match on August 27 to earn a place in the U13 league.

Information re the Youth Champions League will become available around the start of our Pre-Season. At this moment we only have limited information.

Going forward there will be a promotion/relegation arrangement between this new league and Division 1 of the JSSL League, half-way the season and at the end of the season.

We may also later register (a) team(s) in the ESPZEN J League, details to be advised.

Age groups for JSSL Leagues are across 1 full birth year, except for Boys 16 and all the Girls Leagues, which will stay with 2 birth years. In January 2023 all age groups move one year up. A few changes compared with the April – June 2022 season:

Hereafter an overview for Season 1 starting September 11, accurate based on JSSL communication as of July 7, 2022, which is still subject to change. 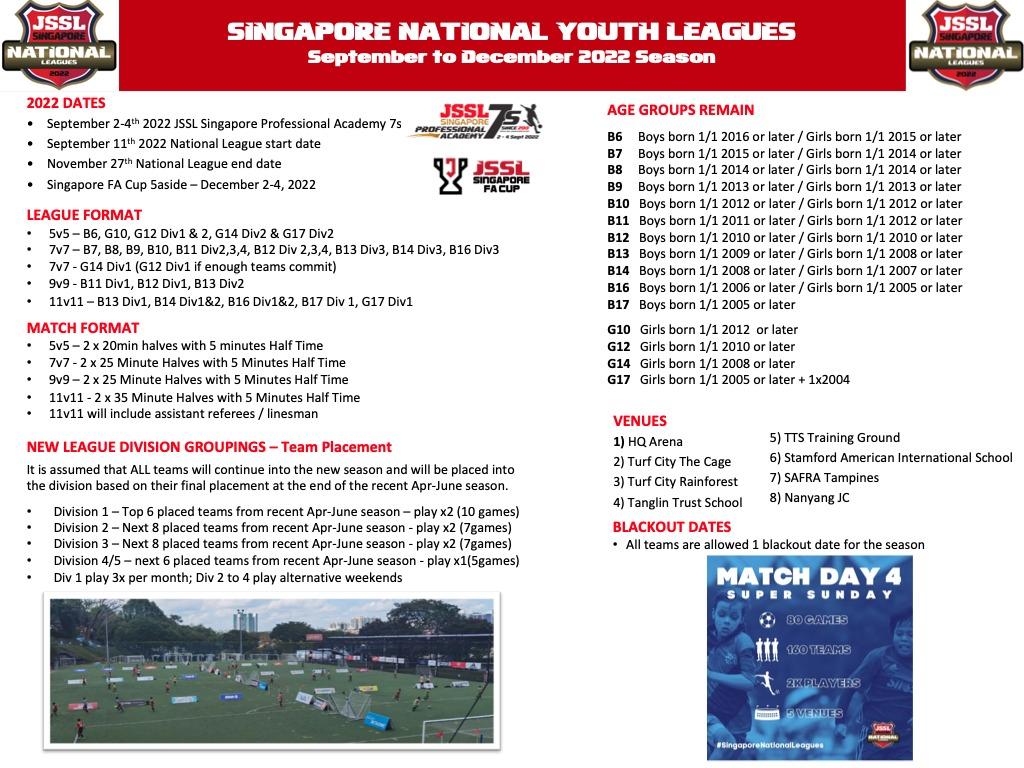 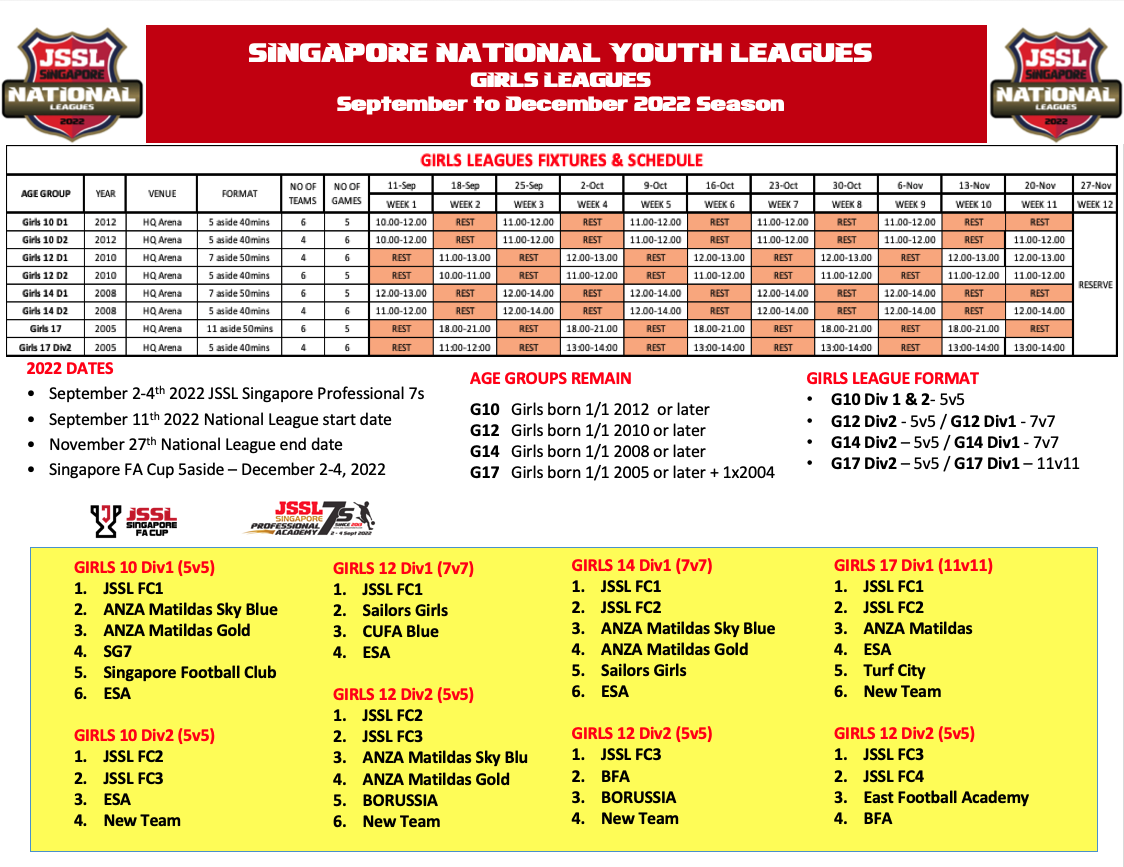 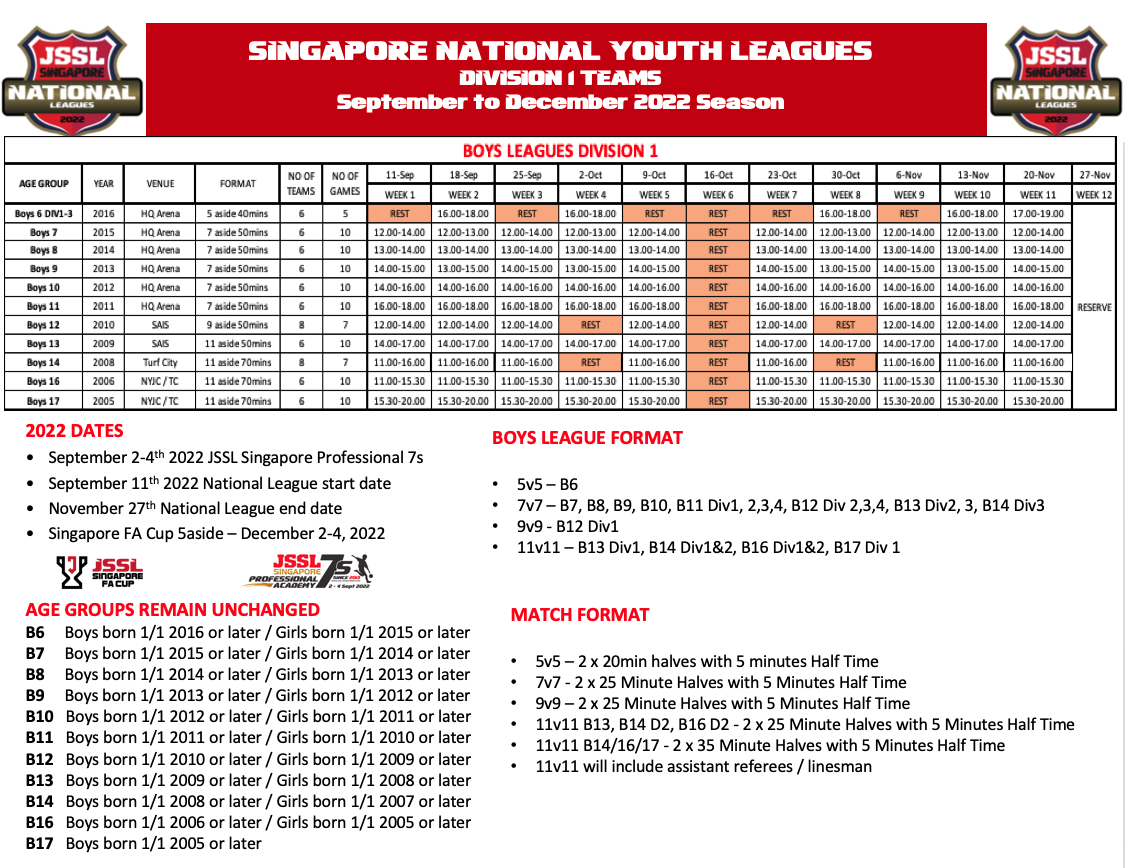 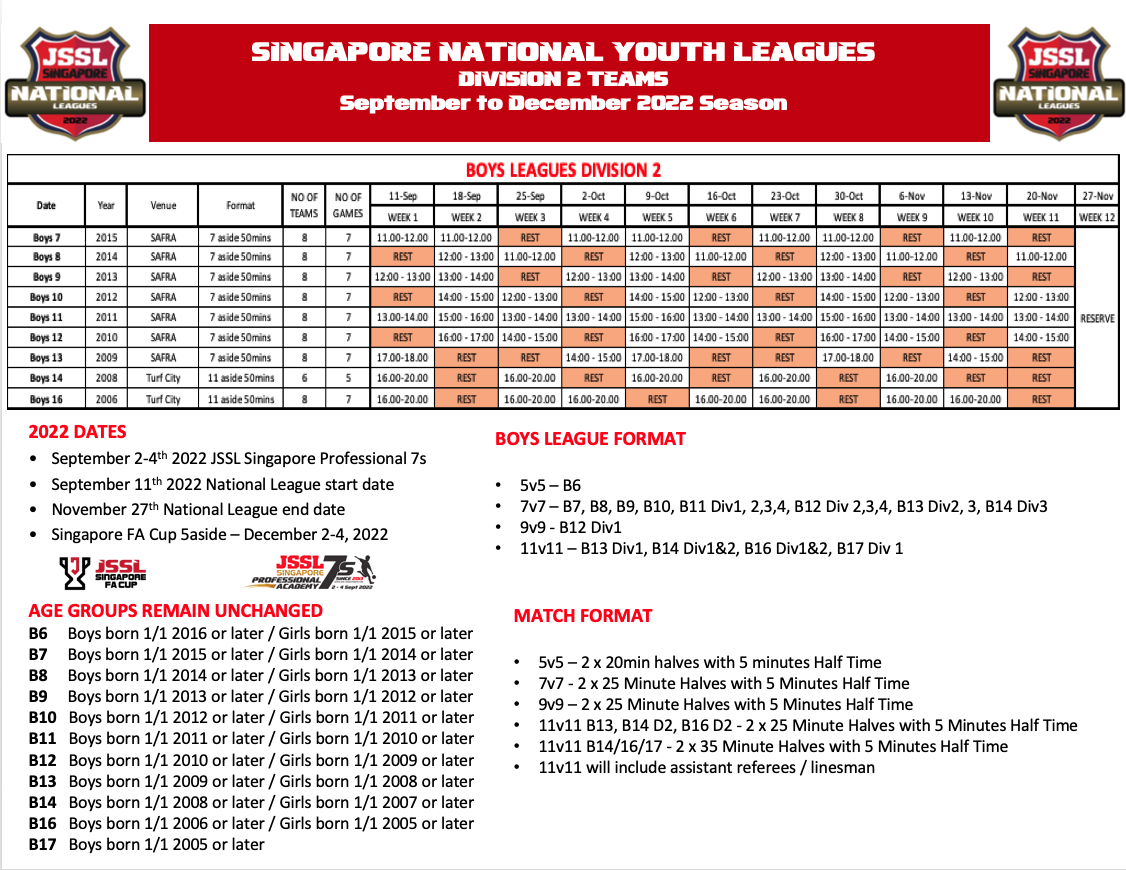